Although the recent 2 years of global disruption from COVID-19 temporarily slowed some of the momentum for implementing sustainable energy systems, most of green power initiatives are now coming back to the forefront – and will play a critical role in offsetting worldwide climate change.

This Flash Facts edition provides an update regarding the key elements and challenges associated with the creation of a truly sustainable global energy infrastructure including power generation, distribution, and storage aspects.

Until the late 1800s, wood was the primary source of energy throughout the world, providing for heating, cooking, and lighting with a resource that was both plentiful and inherently renewable. After 1900, there was a sweeping global shift in which fossil fuels such as coal, petroleum and natural gas have become the dominant sources of energy.

Accelerated by the industrial age and the ubiquitous rise of the auto industry, fossil fuel consumption helped create the modern highly connected technological world of today, however it has come at a huge cost in carbon emissions that now threaten the very future of humanity.

According to the EIA World Energy Outlook 2021, “The energy sector is responsible for almost three-quarters of the emissions that have already pushed global average temperatures 1.1 °C higher since the pre-industrial age, with visible impacts on weather and climate extremes. The energy sector has to be at the heart of the solution to climate change.”

From a renewable energy perspective, hydropower and wood continued to play a role throughout the 1900s but comprised a relatively small part of the overall energy footprint as compared to fossil fuels. Since the 1990s, as climate change has become a concern, the use of biofuels, geothermal, solar and wind have increased significantly, with renewables reaching a record high at 12 percent of U.S. energy consumption in 2020.

Many point to the rise of electric vehicles (EVs) as a major advance in clean energy usage, which is true, but widespread adoption of EVs also represents a huge shift in consumption to the electrical grids that are the primary source for charging EVs.

Electricity’s share of the world’s overall consumption of energy has risen steadily in recent decades, now standing at 20 percent and expected to accelerate in future years as the pace of transitions picks up.

The Net Zero Emissions by 2050 Scenario (NZE) is an IEA scenario that shows a narrow but achievable pathway for the global energy sector to achieve net zero CO2 emissions by 2050, with advanced economies reaching net zero emissions in advance of others. In the NZE scenario, electricity accounts for around 50 percent of global energy use by 2050. 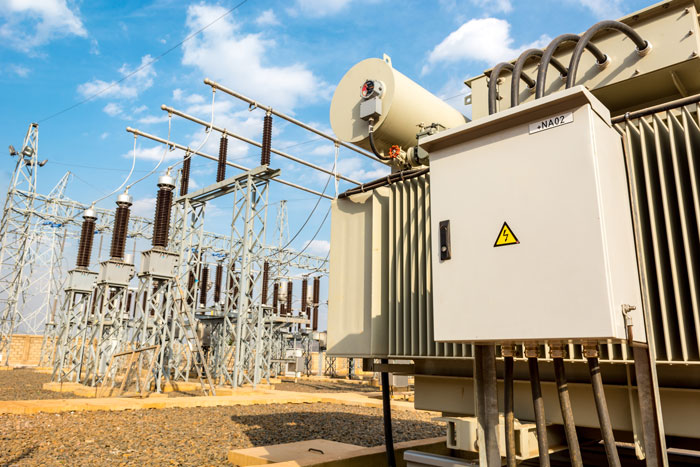 Transforming and optimizing the electrical power generation and distribution infrastructure involves a massive cooperative effort across the entire ecosystem of utilities, government entities, technology innovators and end users, all of which play key roles for achieving success.

It is important to keep in mind that many electrical grids have existed for as long as 100 years and, while capacity improvements and innovations have occurred along the way, the fundamental concepts have not changed much until recently.

Power grids have typically been designed around a generation, transmission, and distribution approach, where peak demands must be handled by boosting the output from fossil fuel power plants. Incorporating storage capacity within the grid was not a goal as long as the peaks were being served.

However, the shift to renewables has brought the need for grid storage and overall efficiency to the forefront. Most renewable sources are dependent on external factors, for example solar produces power when the sun shines and wind turbines produce power when the wind blows. Therefore, system operators cannot just boost the output to meet peaks and, maybe more importantly, any excess power from renewables that is not used immediately can go to waste. In this new environment, electricity storage in the grid has become a critical factor for success.

In-grid storage will most likely depend on advances in battery technology, with a number of innovations currently underway. A battery storage system can be charged by electricity generated from renewable energy, like wind and solar power.

Intelligent battery software uses algorithms to coordinate energy production and computerized control systems are used to decide when to keep the energy to provide reserves or when to release it to the grid. Energy is released from the battery storage system during times of peak demand, keeping costs down and electricity flowing.

Other renewable energy sources, such as hydrogen fuel cells are also likely to play an important role in the future of electricity production within the grid. Fuel cells break down hydrogen to produce electricity, with the only products being water and heat. Since it is a clean energy generation method that is not dependent on external sources, such as sun or wind, hydrogen fuel cells have excellent potential for generating green electricity that can respond to peaks and usage changes.

At Interplex, we have long been committed to leading in the innovation, development and production of technologies that will help mitigate climate change and contribute to a greener world.

Our expert design and engineering teams have been instrumental in the creation of battery technologies, such as our Cell-PLX™ battery interconnect systems, which streamline assembly and lower overall costs for integrating large numbers of individual cells within high-capacity battery systems.

Interplex has also led the industry in the precision design and production of bipolar plates that form the heart of advanced hydrogen fuel cells and enable scalability to meet large capacity requirements such as are needed for power grid deployment.

In addition, Interplex is the industry leader in power interconnects and busbars that will play a key role in the building of new electricity grids that must incorporate high-efficiency, robustness and ease of maintenance.

In summary, the goal of achieving green, carbon-free, sustainable next-generation infrastructures for electricity generation, transmission, distribution, and storage will depend on a combination of many different technologies. Interplex is proud to help lead this innovative revolution that is changing the world.

For more information about solutions for sustainable energy and grid infrastructure, visit Interplex at www.interplex.com or drop us an email at communications@interplex.com.

Book A Consultation With Us At The IZB Fair 2022.