Overview of the Autonomous Vehicle Market

The autonomous or self-driving vehicle market has been predicted to take off for a number of years, and it now appears that the reality is actually starting to catch up with the hype. Many major players have committed significant resources to developing semi-autonomous and fully-autonomous vehicles and a broad ecosystem of enabling technologies has emerged to support these programs.

A variety of prototypes are currently being tested in the R&D centers of automobile companies and universities, with expected launch dates by 2020. According to a report by Market Research Future, the global autonomous vehicles market is expected to reach US $65.3 billion by 2027. Regionally, North America holds the biggest share at 39.08% of the global market and is expected to reach US $24.40 billion by 2027. However, the Asia-pacific region is expected to be the fastest growing segment at 29.02% CAGR from 2016 to 2017 and is anticipated to surpass Europe, which is currently the second largest market region. 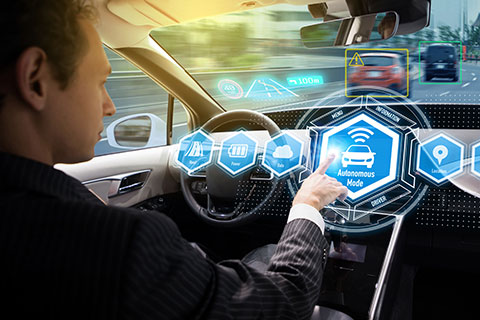 Proponents of the autonomous vehicle revolution point to a number of benefits that are expected to radically transform our lives. Key payoff areas include increased safety, lower fuel emissions, and more productive use of time for people during their vehicular trips. In commercial areas such as trucking, ride sharing and public transportation, autonomous driving capabilities are projected to increase productivity, reduce costs and improve on-time performance.

A number of separate technological threads are coming together to make autonomous vehicles a reality. In essence, self-driving vehicles must be able to: Some of these critical technology areas include:

Vehicle to Everything (V2X) Communications

Autonomous vehicles cannot operate in a vacuum. The first key to success is hyper-connectivity with virtually everything around them. This includes other vehicles, traffic lights, GPS location data, cloud-based information resources, government hazard warnings, traffic conditions, and essentially any other devices in the growing Internet of Things (IoT) environment. For example, Driver Assisted Truck Platooning (DATP) helps to alleviate driver shortages by enabling a driver to pilot a “lead truck” that is connected with one or more semi-autonomous trucks that follow this leader.

The US Department of Transportation (USDOT) has been researching and testing a variety of connected mobility approaches for vehicles to sense their surroundings and communicate this information to other vehicles, infrastructure, and even personal mobile devices. The top 3 communication targets are Vehicle-to-Vehicle (V2V), Vehicle-to-Infrastructure (V2I) and Vehicle-to-Pedestrian (V2P).

A vital element of autonomous driving is the use of Artificial Intelligence, which is the branch of computer science aimed at creating systems that can react and interact with a variety of unexpected situations in much the same way that humans would– but faster and with greater consistency. AI is at the heart of autonomous systems, performing the assessments of multiple information streams and consequently triggering appropriate actions.

A variety of different types of sensors provide autonomous vehicles with the ability to “see” their surroundings, which is the critical enabling factor for success. Types of sensors for acquiring external data include LiDAR (Light Detection and Ranging), RADAR, ultrasonic and cameras. In addition, internal sensors collect important data on factors such as acceleration, wheel speed, centrifugal forces, and so on.

LiDAR sensors can generally provide more detailed information, but RADAR sensors are significantly less expensive. RADAR is also less impacted by rain, fog or dust, while LiDAR is better at sensing details such as which direction pedestrians are facing. Many manufacturers use a mix of sensor types to get the most complete picture. For example, the new Tesla vehicles combine RADAR sensors with 8 cameras and 12 ultrasonic sensors. 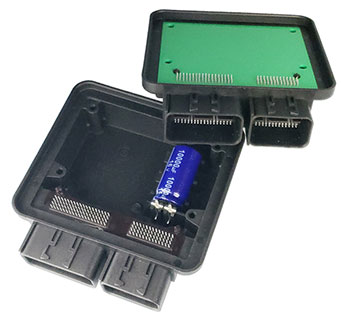 While the safety, productivity and economic benefits of autonomous driving systems are very attractive, widespread adoption is contingent on their reliability. Vehicular environments are among the most challenging deployment scenarios that developers can face. Some of the key challenges include:

The bar is raised even higher when it comes to autonomous driving because of the critical safety issues and the pervasive networking of many sensors throughout the vehicle. The integrity of sensors deployed in bumpers and other external-facing locations is paramount. In addition, communication and integration of data flows from all sensors is of paramount importance. 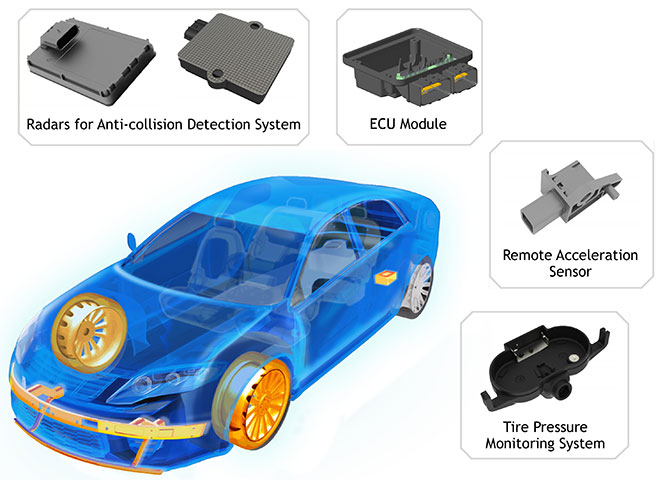 As the autonomous vehicle revolution continues to accelerate, the key proof points for widespread adoption will fundamentally depend on the willingness of consumers to accept the experience of being driven by a non-human system. In turn, that consumer acceptance will depend on the robust, consistent performance and safety record of the underlying systems.
Find out more about our Advanced Mobility solutions.

Find Out More About Our e-Mobility Solutions